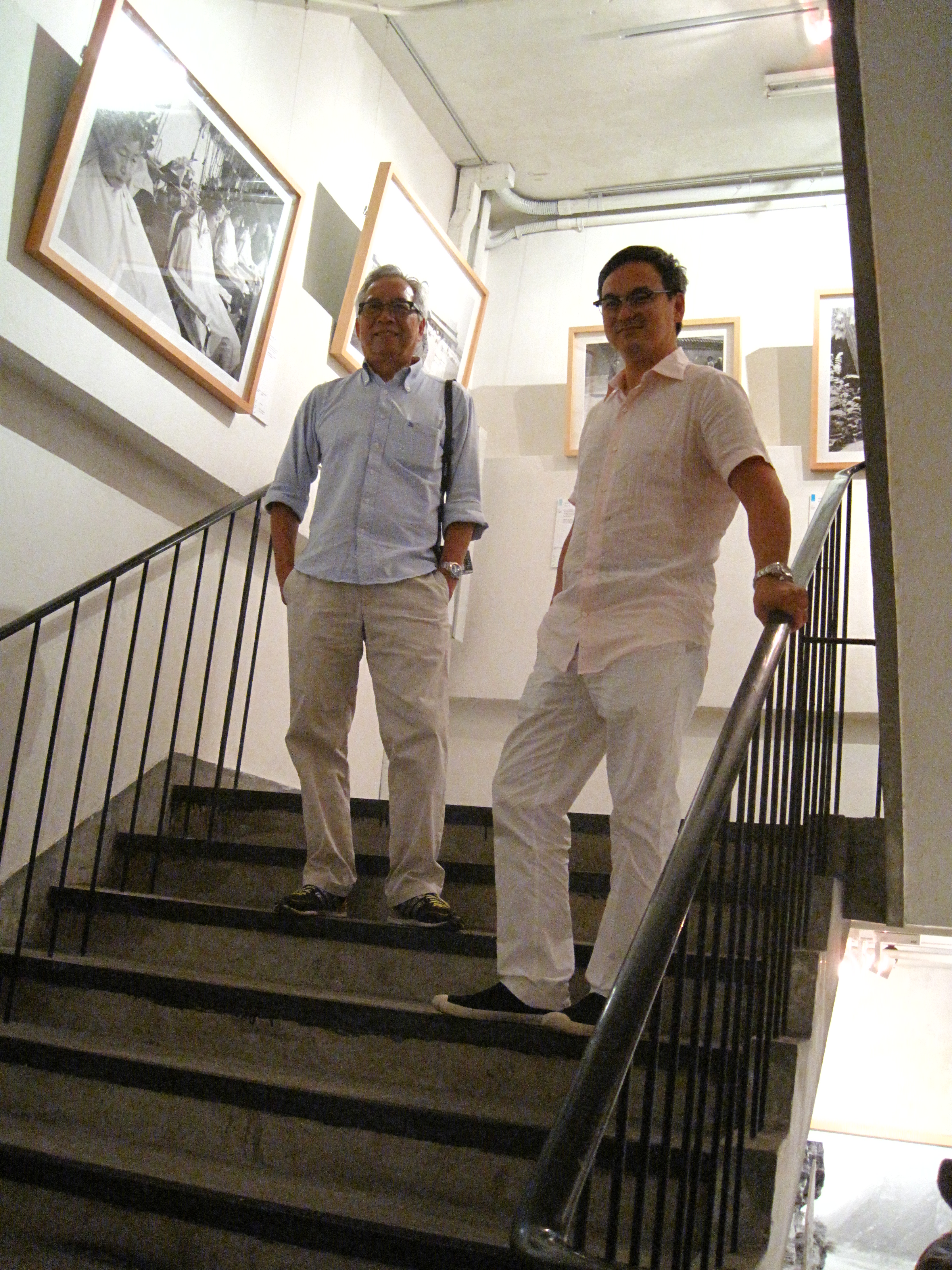 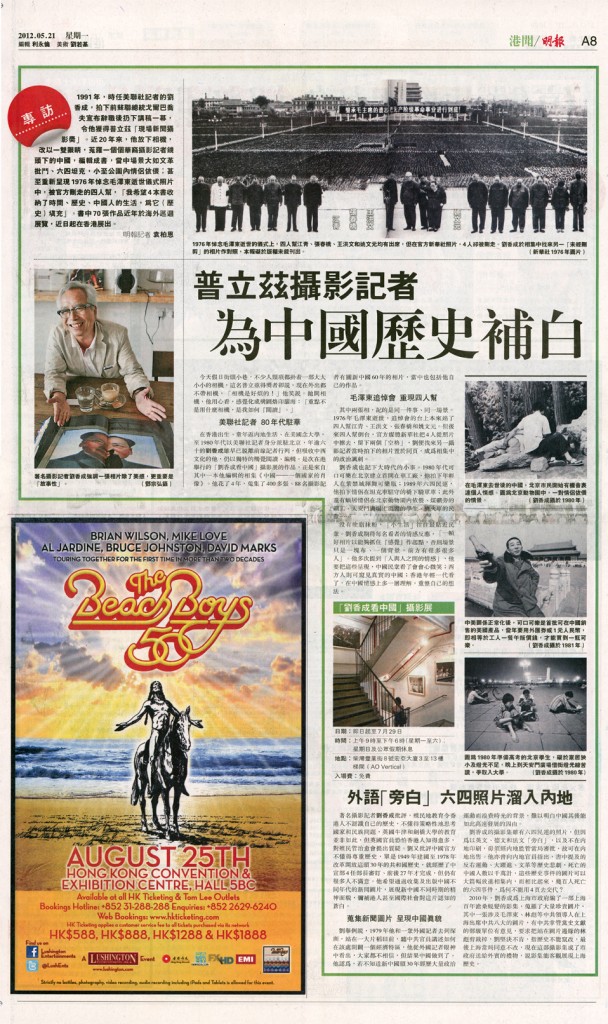 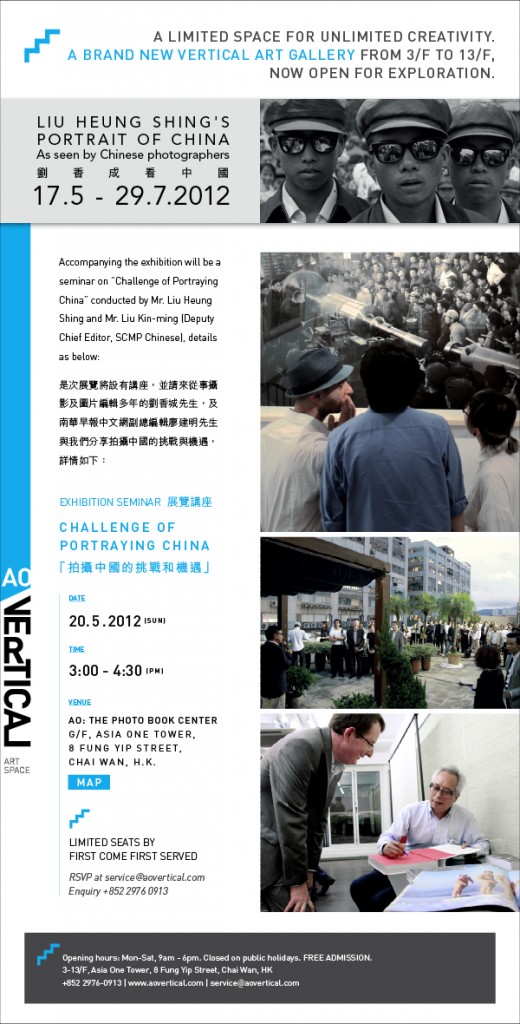 Born in 1951 Hong Kong, Liu Heung Shing was graduated from New York City University in 1975. He came to Beijing in 1978 for Time Magazine. He joined the AP in 1980. His first book “China after Mao” was published in 1983 (Penguin); and in Chinese in 2009 (Shi Tu). In 2008, he completed China, Portrait of a Country (Taschen, July 2008), which presents china as seen by 88 leading Chinese photographers. In 2010, he was co-author with Karen Smith of Shanghai: a History in Photographers 1842 to Today (Shi Tu / Penguin 2010). In 2005, ParisPhoto magazine named Liu Heung Shing one of the 100 most influential figures in contemporary photographer.

Just launched in May 2012, AO Vertical Art Space is the first ‘vertical flow’ gallery in Hong Kong at the staircase from 3/F to 13/F. Developed by Asia One Communications Group, this innovative venue aims to provide a unique exhibition platform for art appreciation in Chai Wan. AO Vertical kicks off with an exhibition of prints by renowned Chinese photographer Liu Heung Shing. Approximately 5-6 more exhibitions will follow in 2012.

The photographic exhibition “Liu Heung Shing’s Portrait of China, as seen by Chinese Photographers” charts the history of the sixty years of the People’s Republic (1949 to 2008) in 5 time frames; featuring significant milestones and stages in the development of China through Liu’s collections.

From the Declaration of the People’s Republic in 1949 to the Cultural Revolution, the visual history bespeaks the momentous task of applying new socialist ideology from Chairman Mao and the rise of industrialization. During the post-Mao era, portraits of people under the “open door” policy visualize the leadership of Deng Xiaoping vividly, China has then taken a great leap forward into the modern age. Along the way, Liu aims to illustrate the humanistic course: to show how Chinese society has blossomed in spite of the extraordinary hardship and ideological extremity of the previous decades.

About the Exhibition
Up to 70 photos will be showed in this exhibition. The exhibition has been held at China in 2008 (Today Art Museum in Beijing) and Spain in 2009 (Casa Asia, Barcelona/Madrid) but it is its first time in Hong Kong.

Esteemed photojournalist Liu Heung Shing, longtime Associated Press correspondent and Time magazine contributor. He was graduated from New York City University in 1975, following the 1979 China-U.S. diplomatic normalization, Liu was Time Magazine’s first photojournalist based in Beijing. In 1992 he shared the Pulitzer, and in 2005 French Photo magazine named Liu Heung Shing one of the 100 most influential figures in contemporary photography.